We are a 3-person B2B start-up currently in our early stages (we recently launched an early version of our data marketplace and our API is still in private testing). All three of us do coding/engineering work. I also wear the hat of a biz guy AKA the ‘CEO’ where I take care of the business end of things.

We recently attended the DEMO Asia conference as an Alpha Pitch company, held in Singapore on the 1-2 March 2012. The costs of attending the conference was fully sponsored by the Media Development Authority of Singapore. (Got to love the Singapore government – probably the most entrepreneur-friendly government in the world. Something which makes me very proud of my country).

Disclaimer: This blog post is written based on my extremely limited experience (first ever startup and attending my first ever conference as either exhibitor or helper for any organisation).
tl;dr

Welcome to the jungle

As an exhibitor in this conference, we were given a 90-sec slot (alpha pitch category) where we could pitch to an audience full of journalists and startup folks (VCs, angels,etc.. ). We were also given a booth to showcase our wares.

Sumptuous gourmet lunches. Free flow of beer on both days. Then, there were fancy invitation-only after-parties held at the swankiest of bars (of course, we were invited). All without having to pay a single dime. Fuck Yeah!

There is more to something than meets the eye

The entire experience at the DEMO Asia conference would have been best described with the annoying ‘what I think of myself’ meme/comics that has been making its rounds on Facebook. I am no fan of that meme, but now it all makes sense. Essentially there was a big mismatch between what we had in mind and actual reality.

In the lead up to the conference, the folks behind DEMO Asia organised 4 pre-conference sessions (3 full-day sessions and 1 half-day session)! So, for 3.5 days, our company had a 33.3% reduction in headcount since me being the ‘biz guy’ had to sit in through them. Lost productivity, missed emails and lots of frustration. And I did not write a single line of code in those 3.5 days. 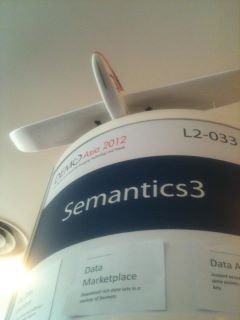 The number one reason we chose to exhibit at the conference was because we knew we were going to get sponsored (Okay, they made us go through an audition. But being cocky, arrogant, bastards we certainly knew we would make it) . Also, I thought it would be cool to be an exhibitor at a conference (would give us some credibility and our parents would finally believe that we are not unemployed). Oh, the naivety of a first time startup founder.

Reading various tech blogs, its hard not to notice the rash of articles about startups claiming to conquer the world that keep coming at the end of each conference. So our main objective from this conference was on raising awareness about our startup – more specifically to get a SEO boost. And even more specifically we were hoping that some prominent blog/news paper with high page rank would write an article about us or atleast care to provide a link back to us and help us level up in this funny game known as SEO. Target: 5 blog posts/news articles.

Customers? Definitely. Who would say no to them. But once again, since our data sets are quite US-centric, we did not have high hopes on acquiring customers as the conference attendees were predominantly from Asia. Also, we have yet to upload the whole gamut of our data sets into our marketplace. Target: 1 potential customer.

Were we looking for funding? Actually, this was not one of our main priorities for the conference. Right now, we are profitable thanks to the various big-data consulting gigs which keep coming by. We would be looking at raising funds, probably at the end of the year. Of course if some one offered us a million bucks, we certainly wouldn’t turn them down. Target: Catch the eye of at least 1 VC.

So it was finally DEMO day – Mar 1 2012. I did a decent job in delivering my 90-second pitch. Was a little irate with myself for missing a sentence. But nothing disastrous.

In the panel discussion after my 90-second pitch, we got some good feedback. They discussed about our company for about 5 minutes! The moderator mentioned us as a possible acquisition target. Adeo Ressi liked what we did. Zane Adams talked about the challenges of running a data marketplace. Overall, pretty positive sentiments. Unfortunately, it did not translate into any actionable events.

Here are all the outcomes from the conference, to which I could a associate a number:

0 Blog posts/news articles. Pretty disappointing since this was what we had come there looking for.

38 business cards. Lot of them were government officials. Met two Japanese entrepreneurs, who turn out to live in the same condo as me (small, small world we live in) My name-card holder is now overflowing. But otherwise, nothing interesting.

1 Angel Investor who has invited us for coffee next week to learn more about our company. Remember we are based in Singapore. There are quite a few government funds for entrepreneurs to tap into and most importantly they don’t take any equity at all.

4 man-days of productivity lost (Vinoth and Govind, took turns to assist me at the booth) and with nothing to show for it. Company was running at 33.3% strength for those two days. :(

So should early stage startups exhibit at conferences?

If you are a 3 person team and you are still pretty much in development stages, I think you are better off not exhibiting/taking part in conferences even if all your expenses are fully covered. Once again this is based on my very limited experience.
Simply not worth it.

In our case, considering the fact that we lost close to 7.5 man days of productivity in total and that we did not get anything solid or worthwhile in return, I think taking part in DEMO Asia was simply not worth it. We would have been better off being holed up in our offices, churning out code and building our product.

Also, if your product is somewhat technical/backend technology, picking a more specialised conference might have made more sense. You can’t compete with the cooler location/social apps in a general tech conference like DEMO Asia.

For our case, the Strata Data Conf (which coincidentally took place during the same time) could have been a little more interesting. However once again the sheer time and effort of taking part in a conference and the toll it has on the productivity of a small startup team cancels out whatever benefit you can derive.

In conclusion, just keep in mind that taking part in conferences suck a lot of valuable time and can really put you into a dizzy. Its even more worse if you are a very small team, tight in resources. If we had paid for this conference out of our own pockets, I think we would be weeping right now.

On a personal note

Thanks to this conference, there are two things I did for the first time in my life and can cross ‘em off in my startup-journey-checklist.

I had to write a press release for the conference. Being the typical engineer, I initially resented it and tried to outsource it out. Finally, some sense knocked into my head . If I got someone to do it for me, I knew that I was never going to learn to write one. After procrastinating for two full days on it, I finally pushed a draft out. Special thanks to Ms Chan Yiu Lin, the Public Relations consultant to NUS Enterprise Incubator (we are incubated by them), who did a fantastic job in editing my draft, formatting it and making it fit for distribution.

I also gave, what happens to be, my first ever speech (although it lasted for just a fleeting 90-seconds) in front of large professional audience. Made mom proud! And now she finally believes that I (a) am actually employed and (b) have my own company.

Everyone knows that your site gets bombarded with (virtual) visitors when any of your pages trends on Hacker News. We’ve been fortunate to have that happen twice recently thanks to posts about