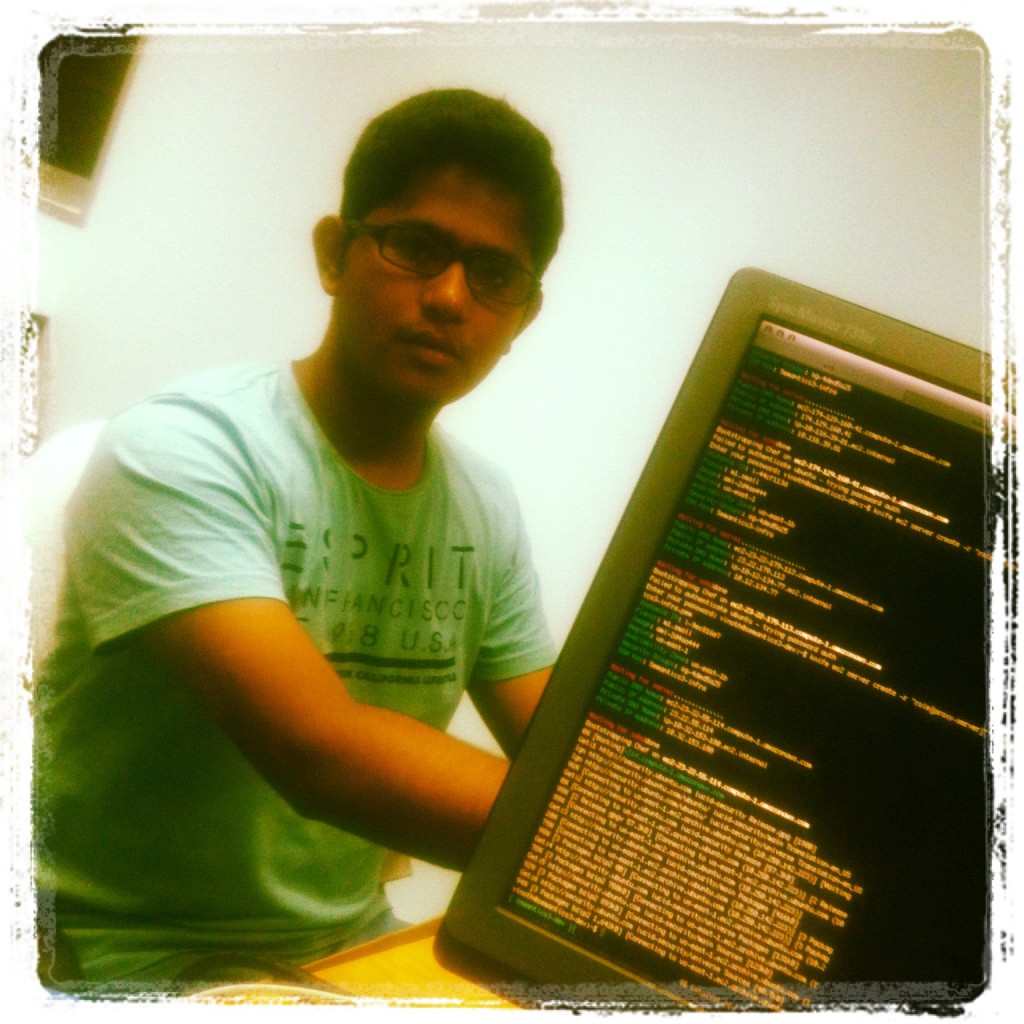 I am very excited to introduce our first engineering hire and fourth hacker to join our team, Srinivas Kidambi aka Kid!

Kid is a recent graduate from the National University of Singapore. He is a computational geometry expert, having done pretty much every CG course offered and did a really cool final year project on 2 dimensional alpha shapes. We unfortunately do not deal with polygons and convex hulls, but hey! Rockstar-ninja-pirate-cyborgs make shit happen!

We soon became pretty good friends. During the entire duration of the course we probably discussed ‘the interesting philosophical problems plaguing science’ for about 2 mins 27 seconds. Most of the time it was Kid talking endlessly about CGAL and CUDA. Pretty soon I got sick of them as much as philosophy of science itself. (Recap: At that time Semantics3 was still only in idea stage.)

To fight back and also not wanting to miss out on a good hacker, I took a leaf out of Inception and starting planting seeds in his mind, without him knowing itself. I got him addicted to data, structured data, unstructured data and semi-structured data and big data and small data… The Inception worked! After graduation, Kid rejected a couple of offers from big, badass companies to join us.

We expect great things from Kid!

In this post I am going to talk about how we built the backend infrastructure to support our Products API, Semantics3’s core product. This…

I spoke about our back-end infrastructure at the May meetup of BigData.sg. Here are my presentation slides, which I used during the talk.